How Challenging The Status Quo Can Earn Your Brand The Gold Standard.

Zyrous have been certified to ISO 9001:2015. That’s a rare feat for a software development company. But I’m not here to tell you that this happened. I’m here to let you know why Zyrous passed with flying colours. Because, in the age of data, here’s an important lesson for any organisation.

ISO 9001:2015 is the gold standard for quality management systems. Historically, it has been used by manufacturers needing to comply with formal requirements in the public sector and other heavily regulated areas. Such manufacturers often employ a literal conveyor belt production line. Products are gradually assembled at individual workstations in a linear fashion. You tick a box at your station and send the product on to receive another tick at the next. Eventually, the product pops out at the end of the line in its finished state.

This can be said for manufacturers, but also for many software engineering companies.

Zyrous are structured and work in a radically different manner. Yet we ticked every box of ISO 9001:2015 straight off the bat. The ISO inspector actually told us that it was the best audit they had done in 14 years. They found no instances of non-compliance and made zero observations that warranted further discussion. It turned out that the spirit of ISO was already built into our company DNA.

Why? The short answer – which sounds as though we’re simply blowing our own trumpet – is that, just like ISO 9001:2015, Zyrous maintain an outcome-oriented focus that always puts the customer first. If you do that in every regard, you will pass certification.

The long answer is, well, longer, but considerably more interesting. It’s about data. Data in the form of intellectual capital, strategic and conceptual insights and, last but not the least, a multitude of different perspectives:

Traditional software development agencies have an in-house team that consists of relatively few staff members sharing a relatively large number of different duties, like jacks of all trades. For instance, a designer might be responsible for illustrations, data visualisation, and typography as well as interface design, colour schemes, and animations. They do not have the laser-like focus of true specialists. 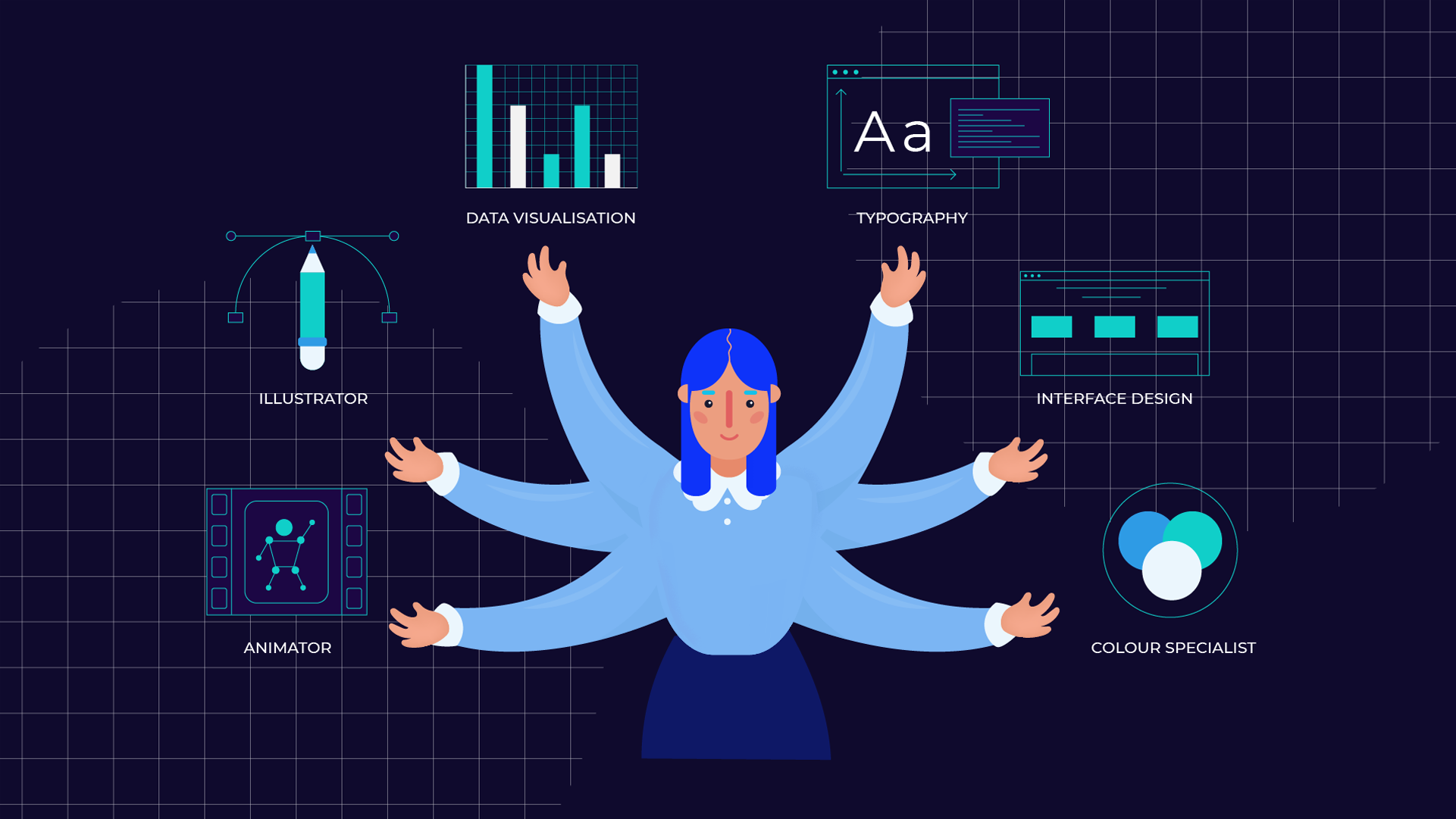 This means that you start every project with a relatively low base rate of intellectual capital in each area. What’s more, over the life of the project, generalists will overlook details that experts would have picked up on and learned from. So, you also miss out on many opportunities to grow your intellectual capital along the way.

Another issue lies in the hierarchical structures and linear workflows of traditional agencies.

Decisions are made by certain people at certain points; chores are allocated, and the machinery kicks into action. The product goes through a one-way development process where each generalist fulfils their obligations before putting the project in their mental out tray. It is a siloed approach that does not lend itself to leveraging the collective power of the team. Oftentimes, it shifts the focus entirely from the final outcome to that of meeting individual KPIs. Territorial office politics are commonplace – and utterly counterproductive. 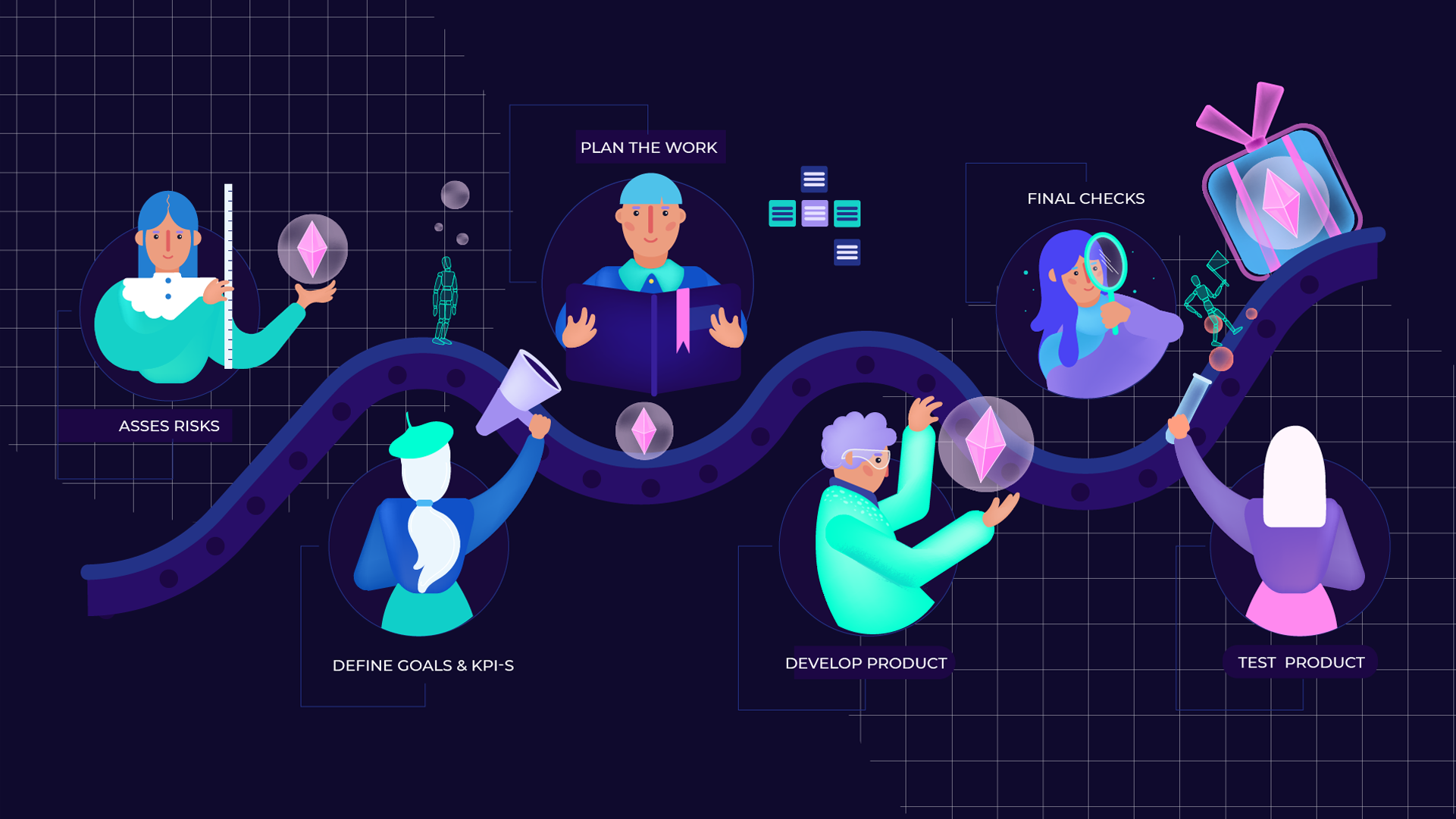 We employ specialists (I’m going to resist the temptation to refer to them as “aces”, but they are). Instead of that single six-armed graphic designer, the Zyrous team includes one specialist for each respective area of expertise: illustration, data visualisation, typography, design, colour schemes, and animations. This applies to our assets across all departments.

Such a large and diverse team could naturally have made for a major headache if we employed a linear workflow. Compartmentalising work done by many highly specialised professionals is possibly an even worse idea than compartmentalising work done by a few generalists. I’d rather not entertain the thought of how much would be lost in translation. Fortunately, Zyrous do not employ a linear workflow. Our virtual workspace keeps the product right at the centre of everyone’s attention for the duration of the project. 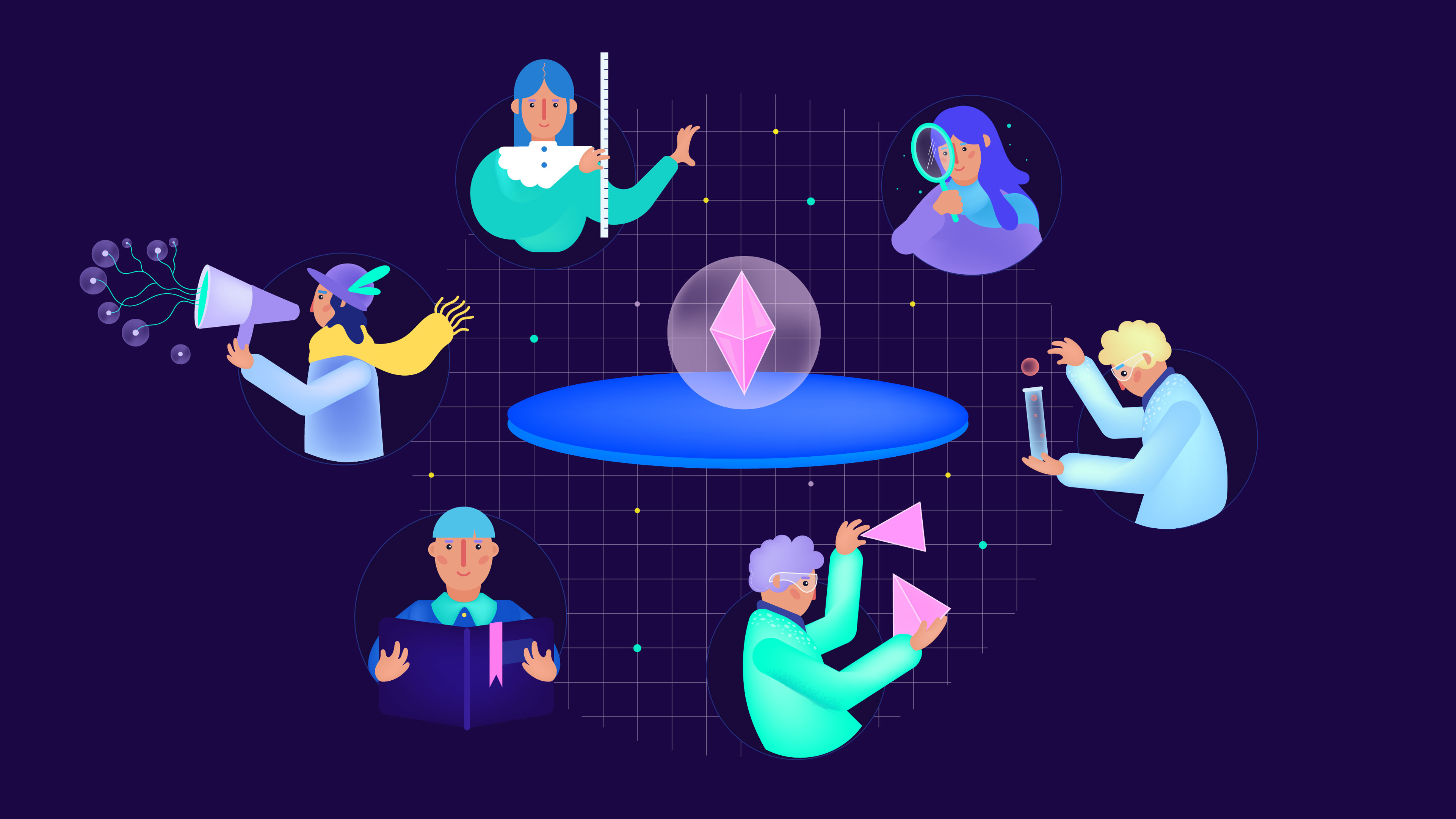 Every specialist works in full view of everyone else, and the entire team stays up to date with the progress. No one is “done” until the product is successfully delivered.

This framework is efficient in its own right. But it’s in combination with the right workplace culture that it becomes unbeatable.

You have to let go of ego and assume a singularly outcome-oriented mindset. Demand peace and quiet to be able to focus, but always be open to new ideas – wherever they may come from. Never “study for the test” (or for your personal KPI!); tap into your inner drive to truly understand, and grow with what you learn. Remember that, more than anything, you and the team owe your allegiance to the craft. If you think your point of view could lead to a better outcome, speak up, and know that you will be heard. 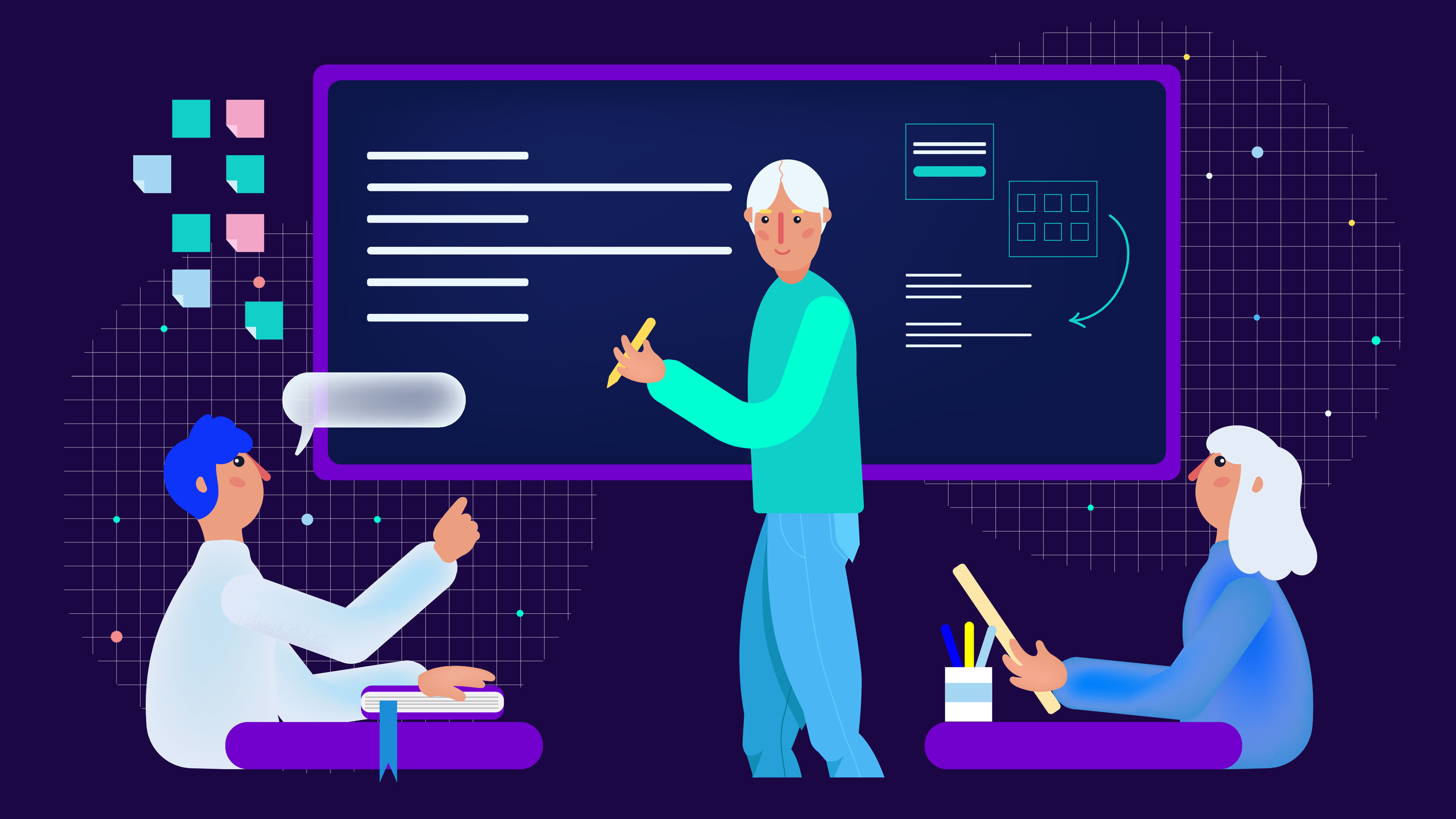 This is our culture at Zyrous, and it has served us well. Expert attention to detail is growing our intellectual capital with each new project. We leverage the power of a multitude of different perspectives. No one ever gets stuck with tunnel vision for being “too close to the project”. And by maintaining a deep understanding of every product across the organisation, we can be extremely responsive (like, say, when some new pesky virus appears on the horizon).

We were convinced that this was the way forward even before founding Zyrous. But I have to admit that receiving the seal of approval in ISO 9001:20015 was particularly satisfying.

When the aim is for your software design to match the precision and reliability of mechanical engineering, what can possibly be better than meeting the gold standard of the manufacturing industry?

Zyrous provide Design and Software development services that will include the research of your idea from ‘just a thought’ to a scaling product as your user base grows. With teams based in Perth, Abu Dhabi and Dubai, we enjoy the process and creativity of turning ideas into validated concepts.

Justin has over 25 years of experience in Technology across all verticals giving him an understanding of the "Big Picture"​. He has a love for human-centred design and creating experiences that leave your customers feeling inspired. 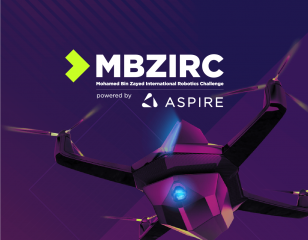 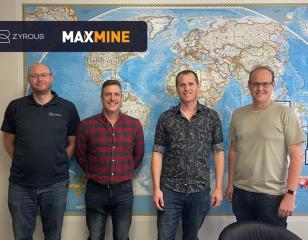 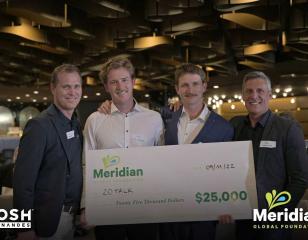